Following on from that in 2002 he fronted the very successful European touring band 'SOUNDS OF SMOKIE' performing all of Smokie's hits throughout Europe, and has also toured the major theatres in the UK with his own band 'THE SMOKIE EXPERIENCE'. 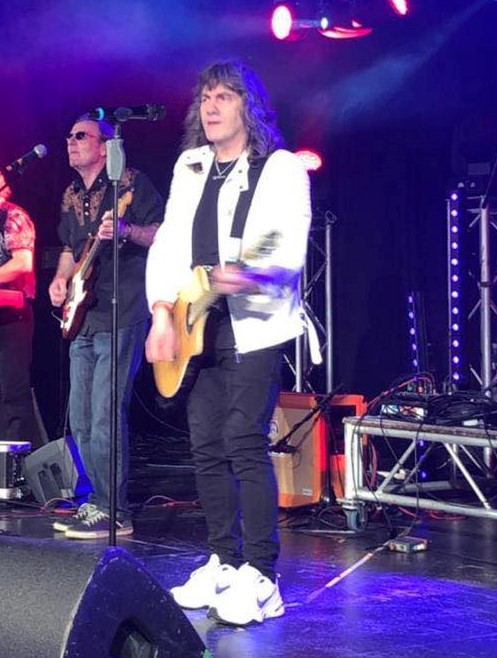 Today Bernie is a proud member of The UK LEGENDS band, showing his skills as a great frontman for all of the Smokie songs, as well as being able to adapt his voice to comfortably perform the classic songs also included in the set of Whitesnake (David Coverdale), Free (Paul Rogers), and Deep Purple (Ian Gillan)

Bernie Lowery is one of the most well respected 'Voices of SMOKIE'.

After appearing on the very popular ITV  UK TV show Stars in their Eyes in 1998, where he performed the hit Smokie song 'I'll Meet You at Midnight' in front of millions of TV viewers, he shot to fame gaining recognition as the 'Voice of Smokie'

Bernie has had countless radio plays of his recordings and has also recorded many new original songs with JAMES HENDERSON the songwriter for Smokie, as well as singing on many of his demos.

Bernie has also performed with the famous duo ROBSON AND JEROME during the days when they were releasing hit records and also appearing on the renowned BBC UK music chart show TOP OF THE POPS many times.

Bernie's voice will take you back to the days when SMOKIE were constantly releasing the hit songs that were relentlessly topping the music charts.