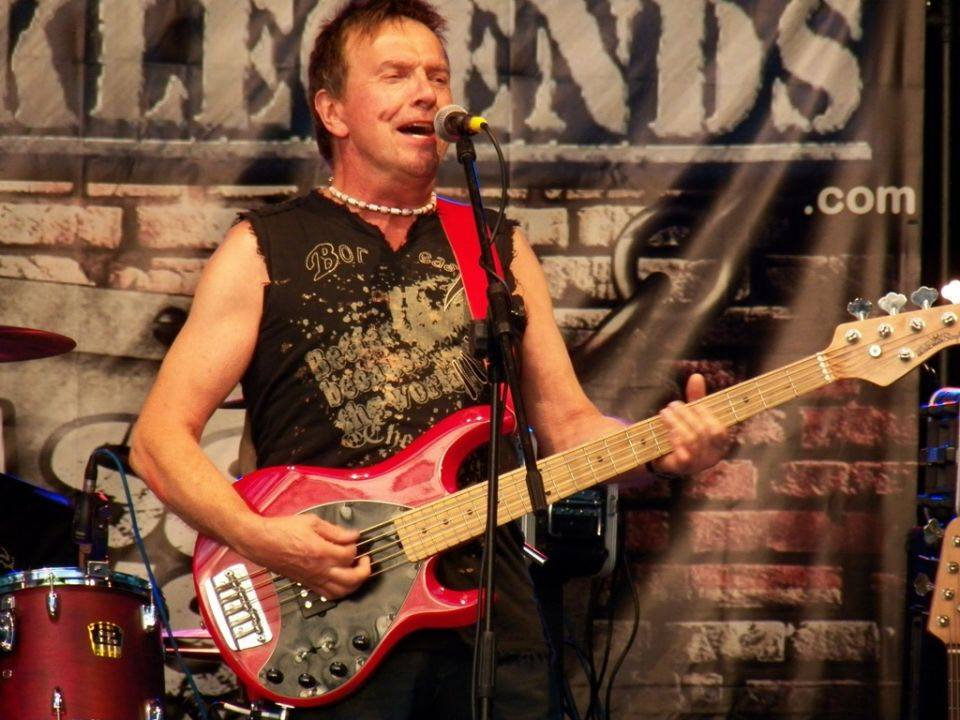 Martin was then invited by HILTON VALENTINE and JOHN STEEL to join the UK line up of THE ANIMALS alongside old band mate and keyboard player STEVIE HUTCH.

The band toured around the World relentlessly with Martin notching up over 400 shows as far afield as Australia, Asia, Russia, and the USA, earning the achievement of becoming the longest performing Animals bass player (previously Chas Chandler 4 years)

Martin featured on The Animals CD's 'Interesting life', 'Their Greatest hits' and 'House of the Rising Sun'

Martin has worked with many other great musicians including the legendary ALAN SILSON, performing all of the hits of SMOKIE with him in EUROPE

Today Martin is proud to be a member of the UK LEGENDS where he gives an outstanding performance of his powerful vocals and bass playing on the legendary Animals songs 'House of the Rising Sun' 'Please Don't Let Me Be Misunderstood' 'Bring It On Home', 'It's My Life', 'Boom Boom' and 'We've Gotta Get Out Of This Place', six of the Animals' songs that are included in the UK LEGENDS show.

Martin grew up in the North East of England playing in many successful local bands - Rock bands LUCAS TYSON and WARBECK to name just two of them.
He then became the bass player and co-songwriter for heavy metal band FIST who supported UFO on their tour of Europe

Later he started working with TERRY SLESSOR (Ex BACK STREET CRAWLER featuring FREE guitarist PAUL KOSSOF) in the band BECKETT along with STEVIE HUTCH from THE ANIMALS and PAUL THOMPSON from ROXY MUSIC.
The band played many shows and featured JOHN MILES as a special guest along with JOE COCKER and TINA TURNER's sax player DERIC DYER. Martin has also performed in a band with Alan Clark the keyboard player in DIRE STRAITS

Eric Bell was the founder member of Thin Lizzy and is best known for his interpretation of the traditional Irish folk song 'Whiskey in the Jar'. Martin delivers a fine rendition of this song in The UK Legends show.